Thomas Mann observed that "a writer is somebody for whom writing is more difficult than it is for other people". That's because professional writers know they need to eliminate obstacles to understanding. The more such obstacles they eliminate, the easier it is for readers to focus on the thoughts being conveyed.

Many components of writing contribute to clarity, but one that's too often neglected is consistency. Authors assume that readers are smart enough to figure out inconsistencies, so why sweat to eliminate them? What that ignores is that good writing is about helping readers to comprehend easily. Striving for consistency is a simple but important way to make comprehension easier.

In the rest of this article, I'll discuss five ways in which inconsistencies create problems for the reader. 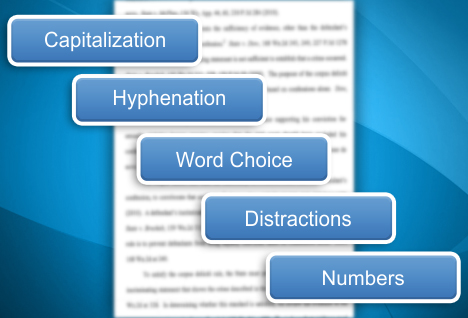 Figure 1: Five ways in which inconsistencies create problems for the reader

Skilled readers notice a great many things subconsciously. They may not register them all, but they nonetheless take a toll on concentration. A good example is the serial comma, as evidenced in the much abused example of the author thanking "my parents, Ayn Rand[,] and God".

Few readers will believe that the author's parents are Ayn Rand and God. Yet that's a legitimate way to read that sentence without the second comma. Adding the serial comma only where it's necessary for clarity is one option. But if most of a document uses the serial comma, with this one exception, the part of the mind that deciphers punctuation raises a red flag about whether the omission was intentional or just sloppy. Each red flag creates ongoing mental friction that slows reading and comprehension.

In Western languages, capitalization indicates the start of a sentence or the presence of a proper noun. Changing from a capitalized form to a lowercase form triggers the reflex to ask whether the author has switched from discussing a named entity to a generic category. Each such hesitation slows reading, impedes comprehension, and increases the risk of an interpretation error.

It might not seem important whether we use a word (one, two, three...) or a numeral (1, 2, 3...) to communicate quantities. Yet semiology, the study of the meaning of symbols such as words and numerals, warns us this isn't so. Words and numbers are both abstract concepts that can represent the concept of "quantity", and neither, itself, is the number it symbolizes. This abstraction generally poses few problems, but when we mix words with numerals, the reader must translate between the two types of symbol.

Words and numbers are processed, at least to some extent, using different cognitive mechanisms. The additional translation step required to convert the numerals to words or vice versa is unnecessary, and can be avoided by not mixing numerals and their word equivalents when we discuss quantities.

As the Oxford University Press style manual (in)famously noted, "if you take hyphens seriously, you will surely go mad." Perhaps we should not obsess to the point of madness over hyphen use, but we should consider taking our hyphens seriously—they are subtle and powerful tools for clarity.

Adding a hyphen to create a compound word makes it easier for readers to comprehend that a pair of words work together as a single unit. But having established the convention that a hyphen is necessary for a given word pair, omitting the hyphen tells readers you mean something different from the hyphenated form, triggering the reflex to identify the new meaning. At best, this slows comprehension; at worst, it may force the reader to re-read one or more sentences to confirm the intended meaning.

When authors abruptly introduce a synonym, readers assume that the change is intentional, and not just an excuse to show off vocabulary. Even in literature, where creative license is encouraged, variations that force the reader to pause and ask whether you mean something different become what I call "inelegant variation".

Technical writers master the mantra "one meaning per word and one word per meaning" early because they understand how disruptive such inconsistencies can become. When the subject matter is complex, it's wrong to make that worse with inconsistent word choice.

Writers and editors must constantly seek to achieve consistency. Each inconsistency we remove eliminates a barrier between readers and understanding, facilitates communication, and thereby increases the likelihood that our writing will convey the message we intended. Readers learn the conventions we have used early in a manuscript and use that knowledge to facilitate comprehension of subsequent material. Editing for consistency thus serves two goals: it both eases the task of reading by teaching readers how to understand our writing and eliminates obstacles that would make that task more difficult.

Geoff Hart is a scientific editor, an occasional technical writer, and the author of Effective Onscreen Editing. He has written more than 400 articles, with the majority available from his website.